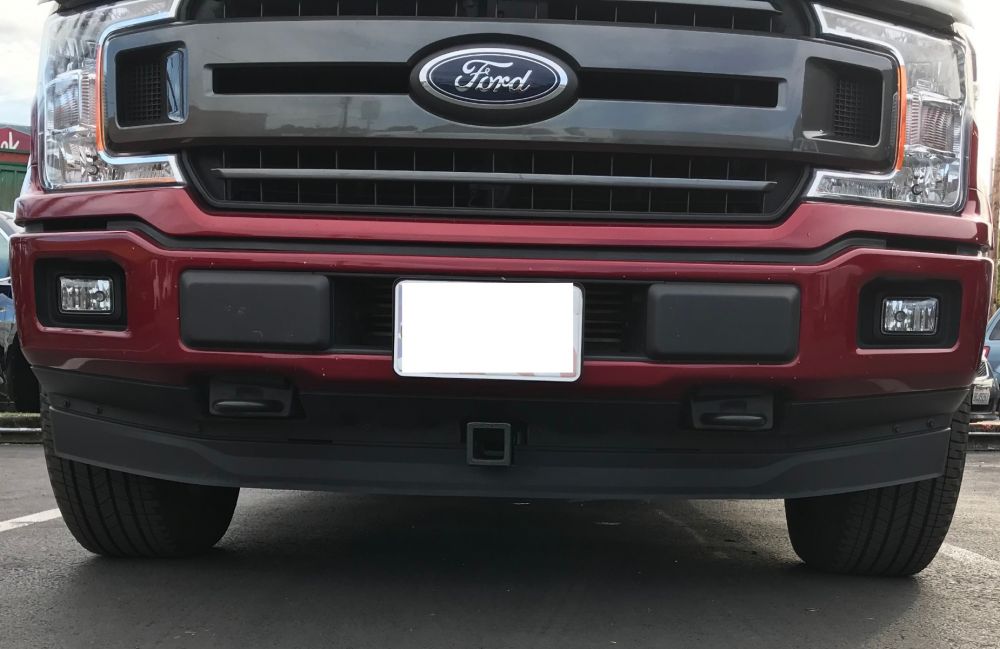 The North Front Hitch for the 2015-2022 F150 can practically do it all. Whether you want to carry a bike rack, use a snowplow or even use a cargo tray to haul extra cargo like a generator. With a rating of 750 pounds tongue (carrying), 7,500 pounds tow (pulling) and 10,000 pounds winch pull, this heavy-duty front hitch can conquer all your obstacles and keep you heading North. And guess what, it will not compromise the look of your vehicle and there is no loss of ground clearance with a crosstube hanging down.

One of the most noteworthy features of this F150 front hitch is you will not have to drill into the front end of your truck. We purposely use preexisting holes to make the installation as DIY as possible.

Why other trailer hitches rust

The critical point of connection between your hitch and your accessories is the receiver opening. That is why it is necessary that your trailer hitch receiver is composed of stainless steel to prevent this. A small insignificant piece of stainless steel on a part of the hitch that is offered by the other guys will not cut it because that is not the location where your hitch mounted bike racks and trays insert to. The theory behind the other designs on the market is it prevents the removable stealth receiver design from fusing with and getting stuck into the vehicle frame mounted part of the trailer hitch - but it does not prevent your receiver from becoming a nasty rusty stain inducing eye sore and it does not prevent your hitch-mounted accessories from fusing together with rust. These type of hitch designs are not only inconvenient, but they eliminate the ability to use your trailer hitch for anything else because your accessory is forever fused into it.