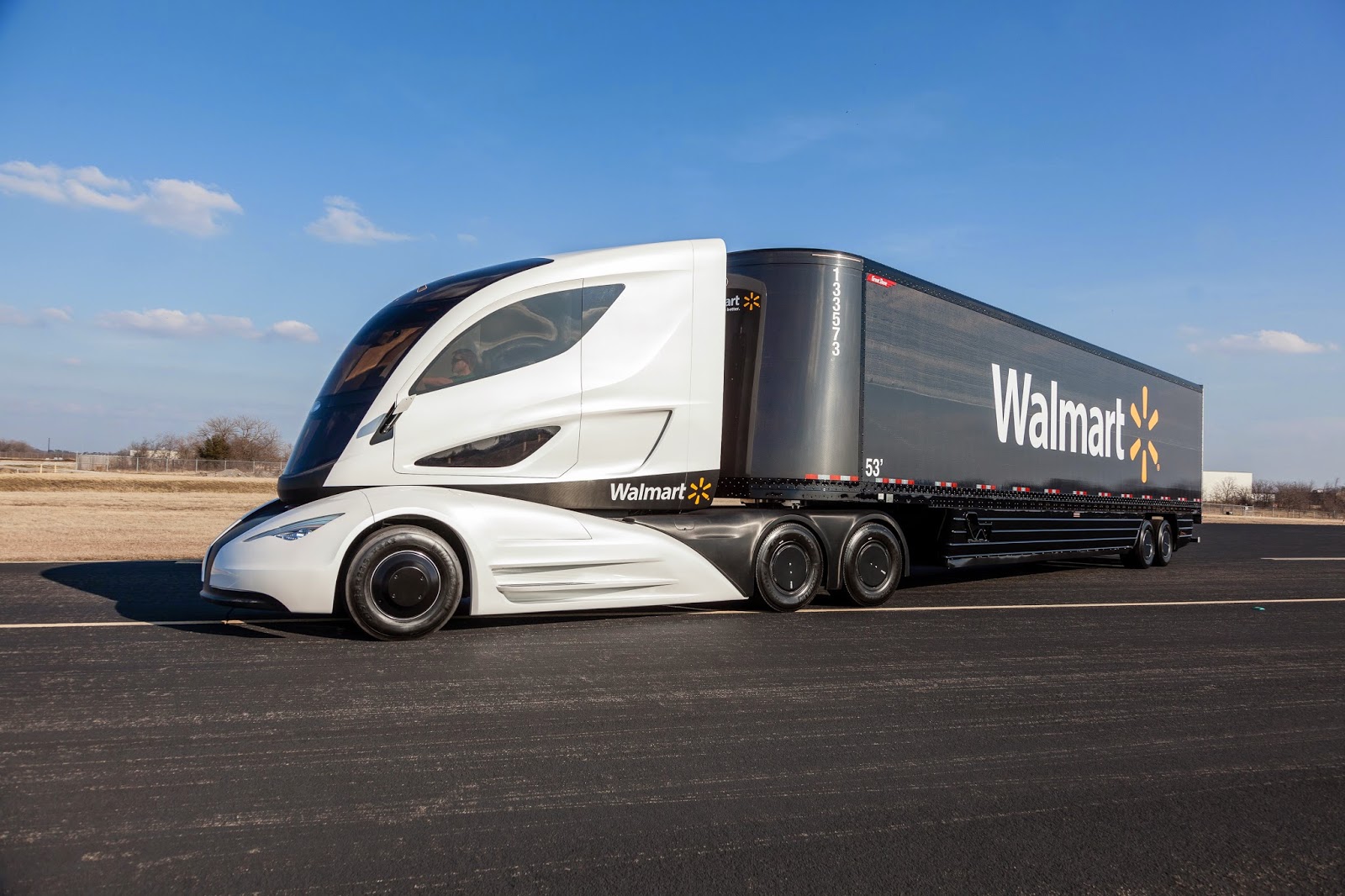 We’re no stranger to Eco-Hauling at Torklift Central.  In fact, we’re kind of a big deal when it comes to that sort of thing. But when we heard that Walmart is developing a hybrid semi-truck, we couldn’t help but wonder; “What?”
It’s no secret semi-trucks are to fuel-efficiency what Colonel Sanders is to break dancing.  The average trucker should feel lucky to get 5 or 6 mpg in his big rig. For a company that moves as much merchandise via truck as Walmart, numbers like that hit them where it hurts most; in their gigantic wallet.
Enter the Walmart Advanced Vehicle Experience concept, better known as WAVE. 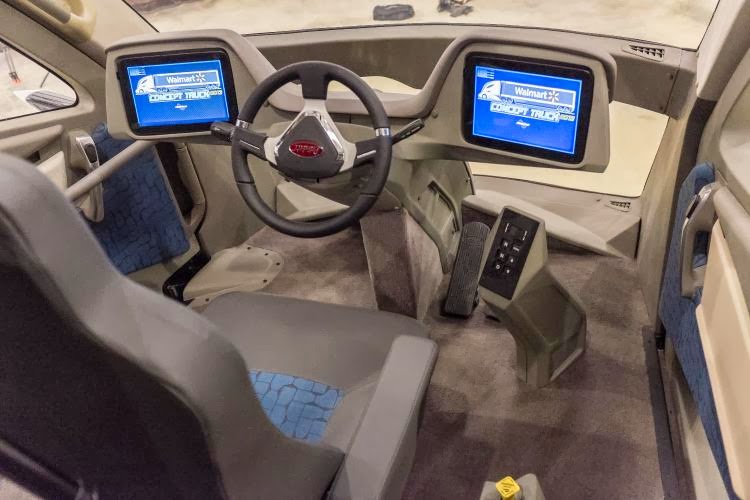 The WAVE’s sole purpose in life is to challenge just how much fuel economy can be milked from a semi-truck platform.  In place of the classic dual smoke stack ensemble, the WAVE utilizes a range-extended electric powertrain consisting of a Capstone micro-turbine and an electric motor.
To keep weight at a minimum, the entire truck and trailer is made of carbon fiber.  Walmart claims the trailer is the first ever to be made of the ultra-lightweight material, and that its 53-foot side panels are the largest single pieces of carbon fiber of their size ever produced.
Thanks to the weight saving efforts, Walmart says the trailer is close to 4,000 pounds lighter than a conventional one.
Besides weight reduction, the WAVE is designed to be as slippery as possible.  To complement the aerodynamics of the tractor, the trailer uses a convex nose that not only reduces drag, but also increases cargo space.
Although Walmart has not revealed any plans to produce the WAVE, they deserve a firm pat on the back for taking the initiative to develop such an ambitious concept.  When it comes to their cost cutting tactics, the WAVE could be the most noble we’ve seen from Walmart in recent memory.
Then again, they do offer free parking lot campsites to the RV crowd.
See how Torklift Central is working to get more eco-friendly haulers on the road here.
SOURCE
Green Car Reports
Categories: EcoHitch
Tags: ecohitch, torklift central, Concept, Semi-Truck, Walmart, Walmart Advanced Vehicle Experience & WAVE
Posted By: EcoHitch
Search
Recent Posts
Categories
Archives