A Tesla Model S, A Generator And EcoHitch

Towing a generator isn’t usually something to write home about.  When you do it with a Tesla Model S, people begin to wonder:  Is he charging his car with that thing?  What sort of early adopter lifestyle does this man lead?
Tesla Model S owner KmanAuto answers these provocative questions in a YouTube video of a special delivery he made.
With a trusty EcoHitch hidden stealthily behind his Model S rear bumper, the intrepid Tesla Head embarked on a self-filmed 129-mile journey from his home in Wisconsin to personally deliver a generator he sold to its new owner. 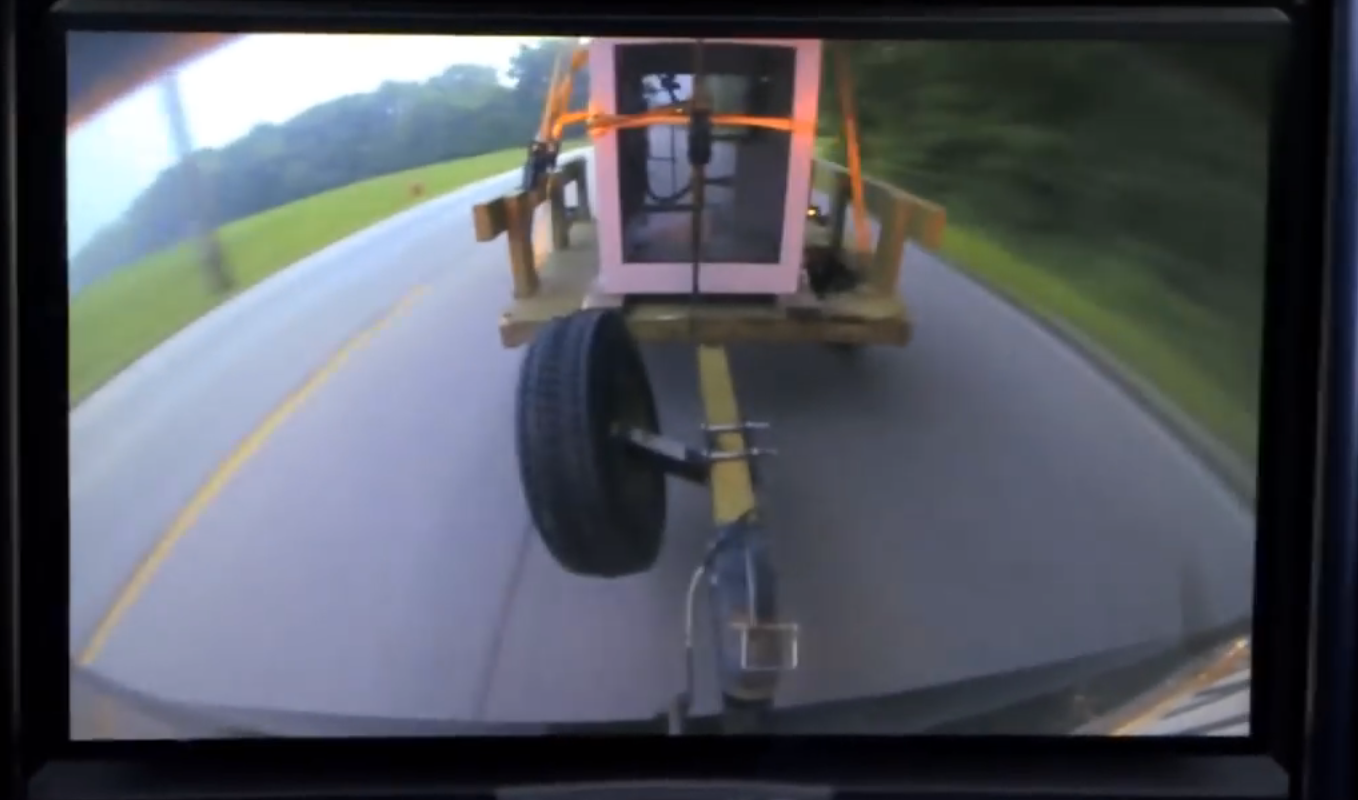 Along the way KmanAuto keeps track of the load through a monitor on the Model S dash that displays a camera feed trained on the generator.
Besides enjoying the open road, KmanAuto’s trip was an experiment to gauge the extent to which the range of his Model S might be diminished while hauling a trailer.
The results:  Fun, but inconclusive.
KmanAuto reports that energy efficiency averaged around 372 watt-hours per mile while towing the generator at highway speed, which isn’t a significant difference from what the car is normally capable of.
Shortly after returning home, KmanAuto announced plans for another experimental journey to explore the effects of towing on his car at the Tesla Motors Club Forum:
“All I can say at this point, is that I cannot wait until I get a Teardrop camper!!! That will be awesome!”
2012+ Tesla Model S EcoHitch
·      Hidden, no-drill, bolt on hitches for your hybrid, PZEV (partial zero emission vehicle) or electric vehicle
·      Transport extra cargo, bicycles or small utility trailers with you wherever you go
·      Made from high impact powder coated aircraft grade aluminum, stainless steel and steel
·      Engineered and manufactured in Kent, Wash. at Torklift Central
·      Lifetime Warranty
* Torklift Central does not endorse towing with a car that is not approved by the manufacturer of said vehicle. All warranties on vehicles are the sole responsibility of the customer and not Torklift Central. Torklift Central assumes no liability from damage or voiding of any warranty by towing with trailer hitch.
Categories: EcoHitch
Tags: trailer hitch, Towing, ecohitch, Video, tesla model s & Tesla Motors Club
Posted By: EcoHitch
Search
Recent Posts
Categories
Archives