Torklift has arrived to the top of Mt. Rainier!

The climbing duo made it to the top Tuesday morning alerting everyone of their triumph via a message from their satellite phone: 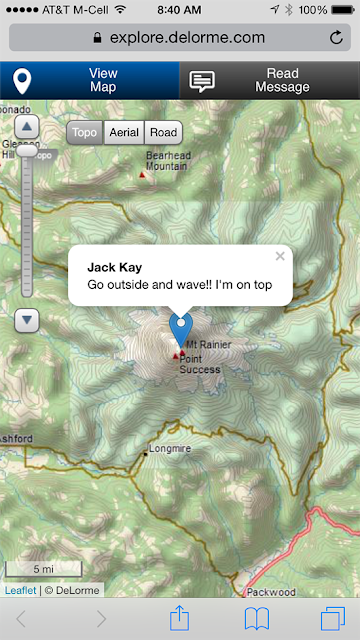 Kay and Bushaw began their final ascent to the top shortly after midnight on Monday. They crawled across crevasses using aluminum ladders in the dark of the night. The crevasses loomed below them hundreds of feet in depth while they used mere flashlights to light the way. 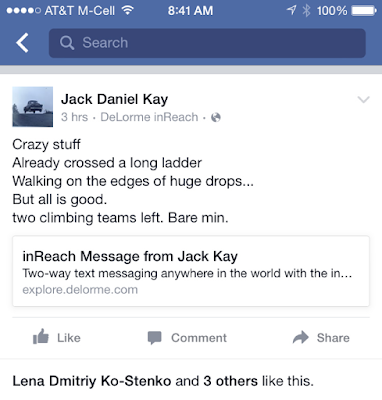 The Torklift team will be meeting Kay and Bushaw at Paradise Trail Head this afternoon to welcome them down from the mountain.
Prior to the final climb to the top, they rested at what is known as Base Camp Two, a whopping elevation of 11,500 feet. The total elevation of the mountain is 14,411 feet. Upon reaching Base Camp Two, they went to sleep at roughly 6 p.m. in preparation for waking up at 1 a.m. to complete the climb. They slept on ice glaciers in tents.
Prior to turning in for the night, Kay shared a few thoughts about the climb.

“We are heading to bed now for a 1a.m. wake-up call and the start of our 14 hour ascent and descent back down to Paradise Trail Head. Guides gave several warnings about points to turn around and go back down. We already have one person on our team that has decided they have had enough adventure and will be remaining at base camp two with one of our five guides. Our lead guide said we need a minimum of two guides to summit. I have spent a lot of time thinking about why I am doing this...

At first it was an exciting adventure celebrating 40 years in business. Then it became something I needed to prove to myself as I trained for so many months.

Now though, it is completely carrying the hearts, souls and dreams of my team Torklift, God willing, to the summit and back.

It is not just the highest point I have ever been but the highest honor to make what  is certainly the most epic adventure a reality for my team.” 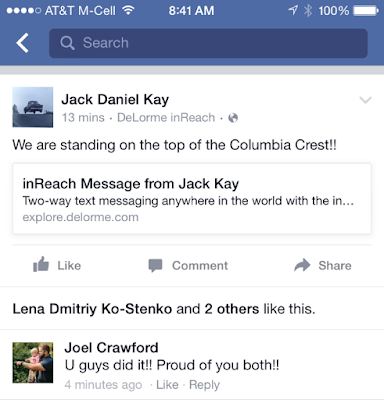